In the 24th episode of #ICanDoThat Jonathan Joseph and Rachel Elspeth Gross, interview Samuel Neuberg. Little Red Fashion introduces Little Red Village and its first interview series #ICanDoThat on instagram. Our #ICanDoThat campaign is a one-question interview for our IGTV that asks industry professionals across disciplines to respond to the question: "What advice do you have for a kid who wants to do what you do within fashion?" 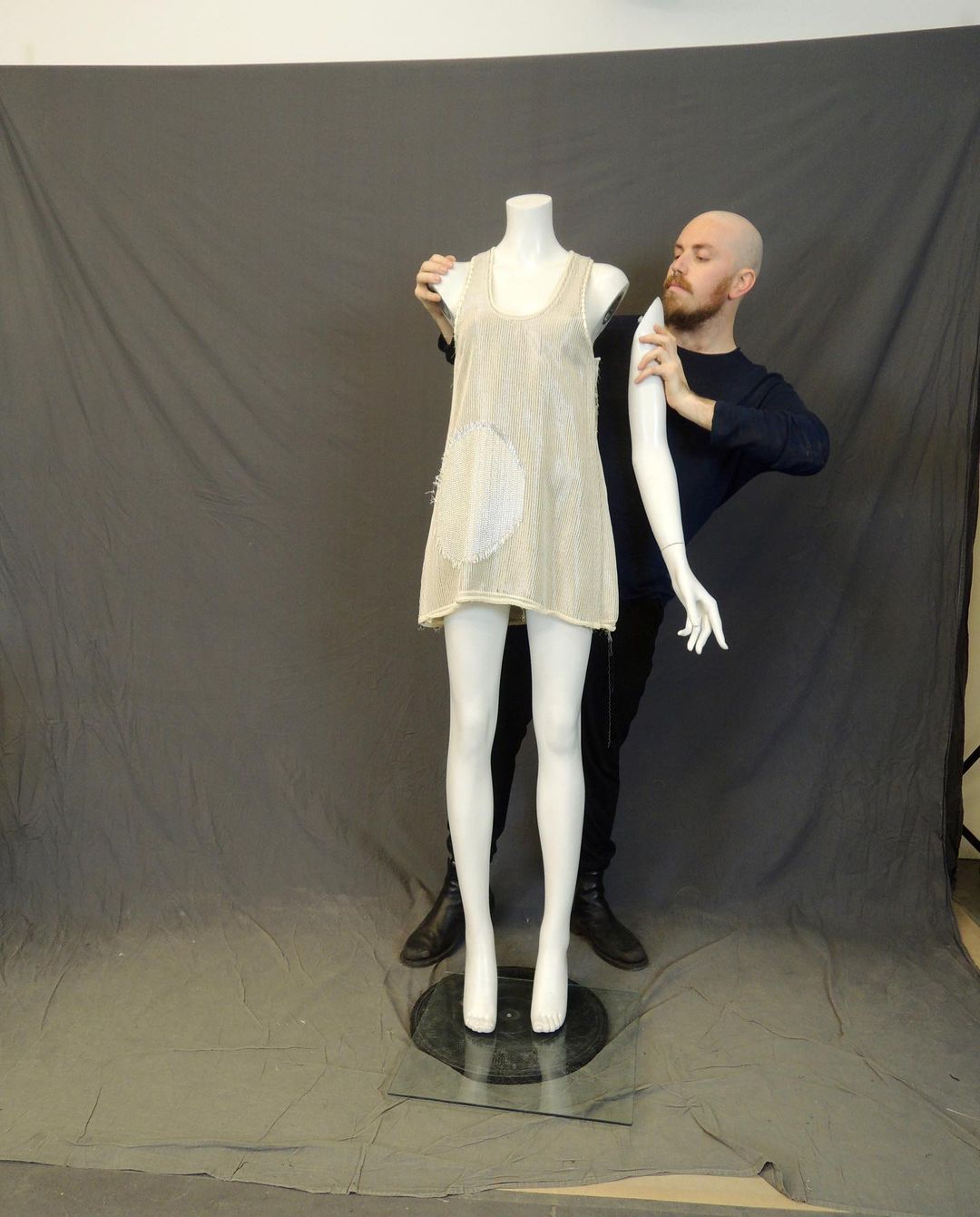 The video of this interview can be found here!

Hi, everyone. Thanks for joining us. We're here today with Samuel Newberg. Jonathan's here with me on Rachel Elspeth Gross is another episode of #ICanDoThat. Samuel is an archivist and a fashion historian. And thank you so much for making the time to talk to us today. We really appreciate it.

Thanks so much for having me. I'm really excited to be here. Yeah.

Gladly. It's funny, because I don't know. Every buddy can say this. But I remember the first time I saw a costume exhibit in a museum and thought, like kind of immediately, oh, people must do this, like, so I guess I could do that. Yeah, I think it was maybe first grade.I grew up in, in West Hartford, Connecticut, near the Wadsworth Atheneum in Hartford, and they have a very beautiful historic clothing collection. And growing up, we went on a tour of the museum. And I didn't I mean, I don't remember it from that time, I went and looked it up since but they put on an exhibition called Bustles on Bose. And it was basically a year long exhibition. But it was so smart. What they did was they used that time, that was like from early 1870, to late 1890s. So look at the changes of shape, every couple months, they would update the gallery to like move along the timeline. I just think that's it. Anyway, I remember being at that, walking through that gallery as part of this field trip going, Oh, I like this. I remember being a little kid and looking up, you know, costume and history or like, clothing and stuff in the in library search engines. I found books in my school library related subject and hide them. So I could read them and stuff. But I really just started with being fascinated in like, you know, the change in clothing over time as a kid, I could observe that through these visual aids that I found, and just, you know, why did that happen? And how and stuff like that. I also should add, my father is an architectural historian. And he works in Heritage Preservation. So I grew up with a bit of a pre exposure to the fact that there are careers in that kind of work. But even then, when I was younger, I didn't necessarily know how you like, do that, how you get into it. I think, first of all, having an interest is like, very important, legitimate and valid. But, you know, I remember being younger, and not understanding necessarily how I could be interested and passionate, but turn that into doing something based on an interest and passion, basically.

Yeah. Yeah, take some direction. And I, one of the things we're trying to sort of fix with this with our company here is, you know, finding ways to get kids exactly what you're describing. There's no infrastructure, there's no coursework, there's not even books right now. There's stories, there's not how to, um, I say this a lot in this show. But since there's not even like Home Economics, can you learn to sew anymore?

No, there have been a lot of changes in in many areas of sighted life that certain areas of designer making that used to be an education, even if it was gendered or regulated in some way that we might have, you know, done a way with, it's still a way we've taken away that connection to like, that aspect. So yeah, there's more of a mystery around that stuff people don't make as part of their exposure education early on, as much

People don't know how to sew on buttons and how to fix him. They don't know. Rips away.

Yeah. Post consumer consumption and care is one of those things people don't really think about. And it's so important to teach and so important to have kids have a consciousness about these things and make their clothes, redefine their relationship to clothes. I think fast fashion has alienated us from that in many ways, and bringing it back to another big part of our mission here a little red. I'm all for that.

And that would make an excellent dissertation title. postconsumer.

Yeah. Well, I just think all this because we're looking right now at what's happening with shipping containers and just like importing of things, and how that will affect us. I mean, this is a historian complaining, but we don't make things even more here and what I mean by things, I'm really talking about textiles and clothing, because this country, fascinatingly enough, you have boom and bust relationship with the textile industry. We started with none we were importing as a colony. By the time we divorced ourselves from England, we had established the early infrastructure of textile industry, and at the turn of the 19th and 20th century it was a huge one but I can I say this From experience of working in archives, where I handled garments for collections that started being made in this country, and they were from the 50s, you know, to the 70s. And these labels have proudly made by American garment worker labels are pretty work. And by the mid 80s, you start seeing, it's like, not the entire piece, it was put together in New York, but the zipper is not metal anymore, it's plastic. And as a tag that parts are from India, or Taiwan, or China, and by the end of the decade into the early 90s, nothing is being fabricated in the States. And so I don't know, it's just funny, I'm not saying that it's all a problem of not having a textile, or whatever. But it just, it's an interesting dilemma to be in, because it's not just relying on stuff coming in for us, we've also lost some of our own innate ability to like fashion ourselves, so to speak. Just basically, like by producing certain goods here, and not having the knowledge to like, tailor or alter for ourselves. But I will say, as someone who was interested in all of this stuff early on, it was not an immediate jump for me to learn how to sew or make myself until later on, in, like, breaking into my into the field, I should say, or getting ready, because like, I don't know, sewing did not happen when I was younger, but

A master's degree as well, um, was that part of your adult education? When do you when did you start to sew?

All right, about half an hour. So I think it's about time for us to say goodbye. And thank you so much for taking this Yes. Such a good interview. Useful help. And I know it's gonna mean a lot to our audience.

Thank you both. This was really fun for me. I'm so happy that I had a chance to use my experience to get back a little bit. So I hope this was helpful. I mean, it serves its home. Oh, definitely. Definitely. Thank you so much. Thank you. Okay, everyone. Yes, I will take us away. Thank you, everyone for joining us for our latest installment of I can do that part of Little Red Village here at Little Red Fashion because it does take a village to build the next generation of fashion lovers, leaders, and creatives, make sure that you've pre ordered your copy of little red dress on our website, Little Red fashion.com and that you check us out next week, same time for another installment of Little Red Village. I can do that. I'm Jonathan Joseph with Rachel Elspeth and our guest today, Sam, thank you so, so much again.  Thanks. 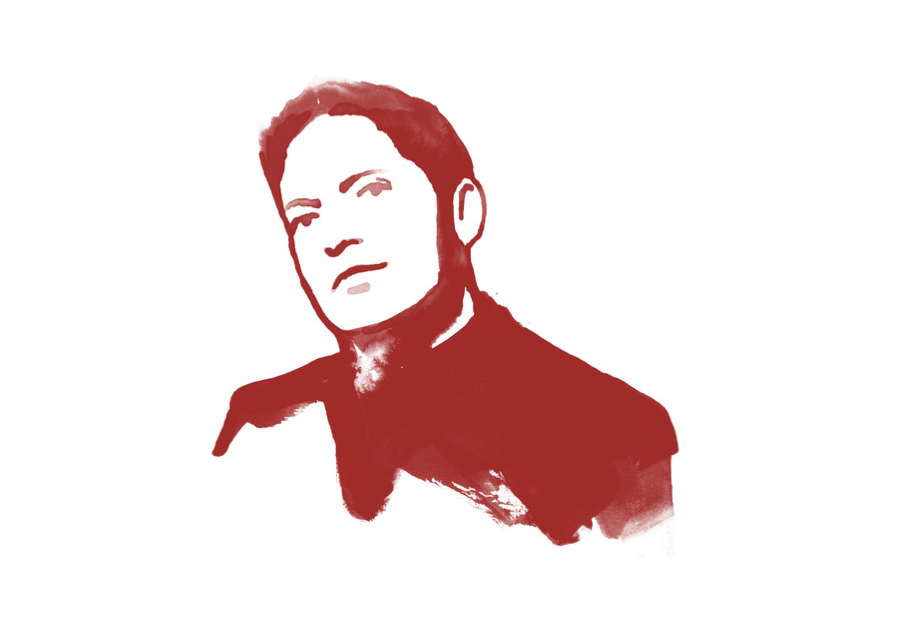 Little Red Fashion Creator and CEO Jonathan Joseph is a fashion loving visionary & consultant who's loved fashion since childhood. After consulting in the luxury space for a bit, he was inspired to write The Little Red Dress. From there he realized kids who love fashion lack the same level of targeted resources from books to tech that their peers who love music or sports have had for ages. Our entire vision is dedicated to his mom, Margaret, who started his love of fashion as a kid looking for unique socks to cover his leg braces! 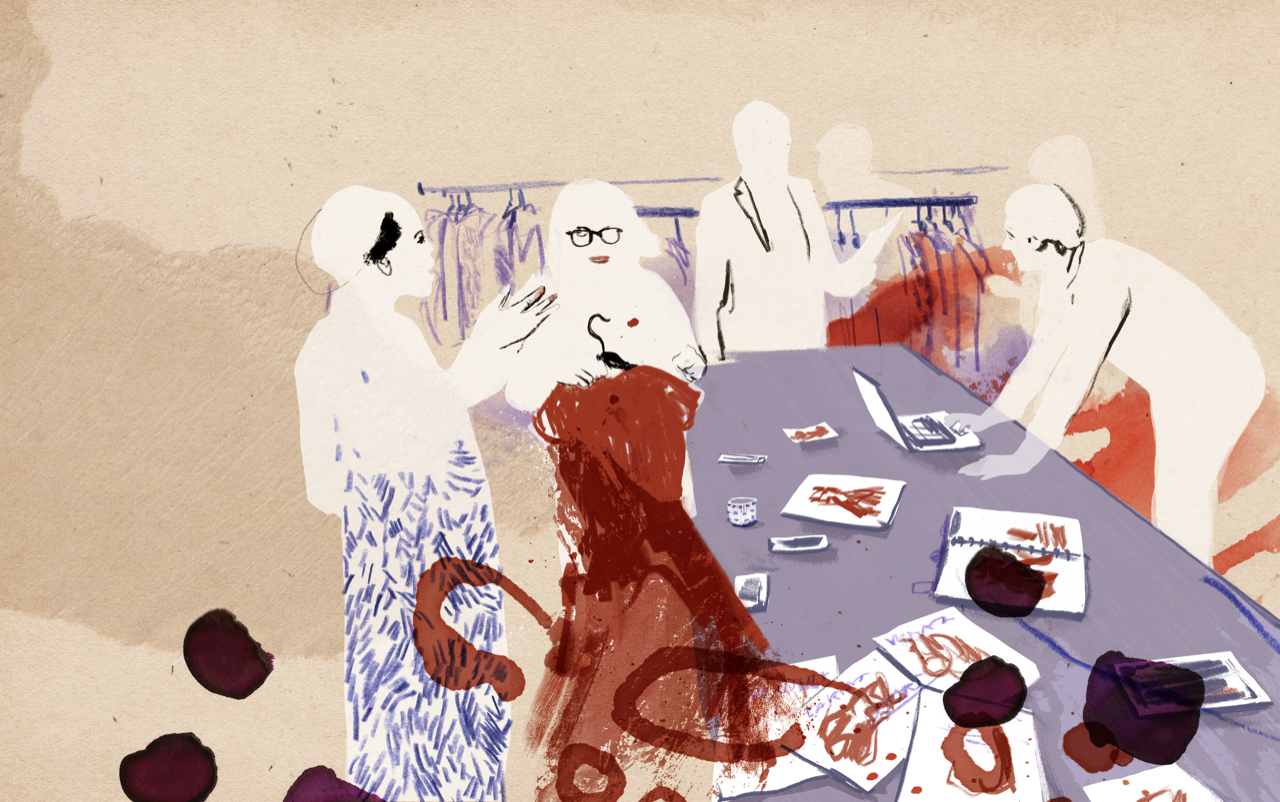 Corporate Social Responsibility in Fashion: How We See It 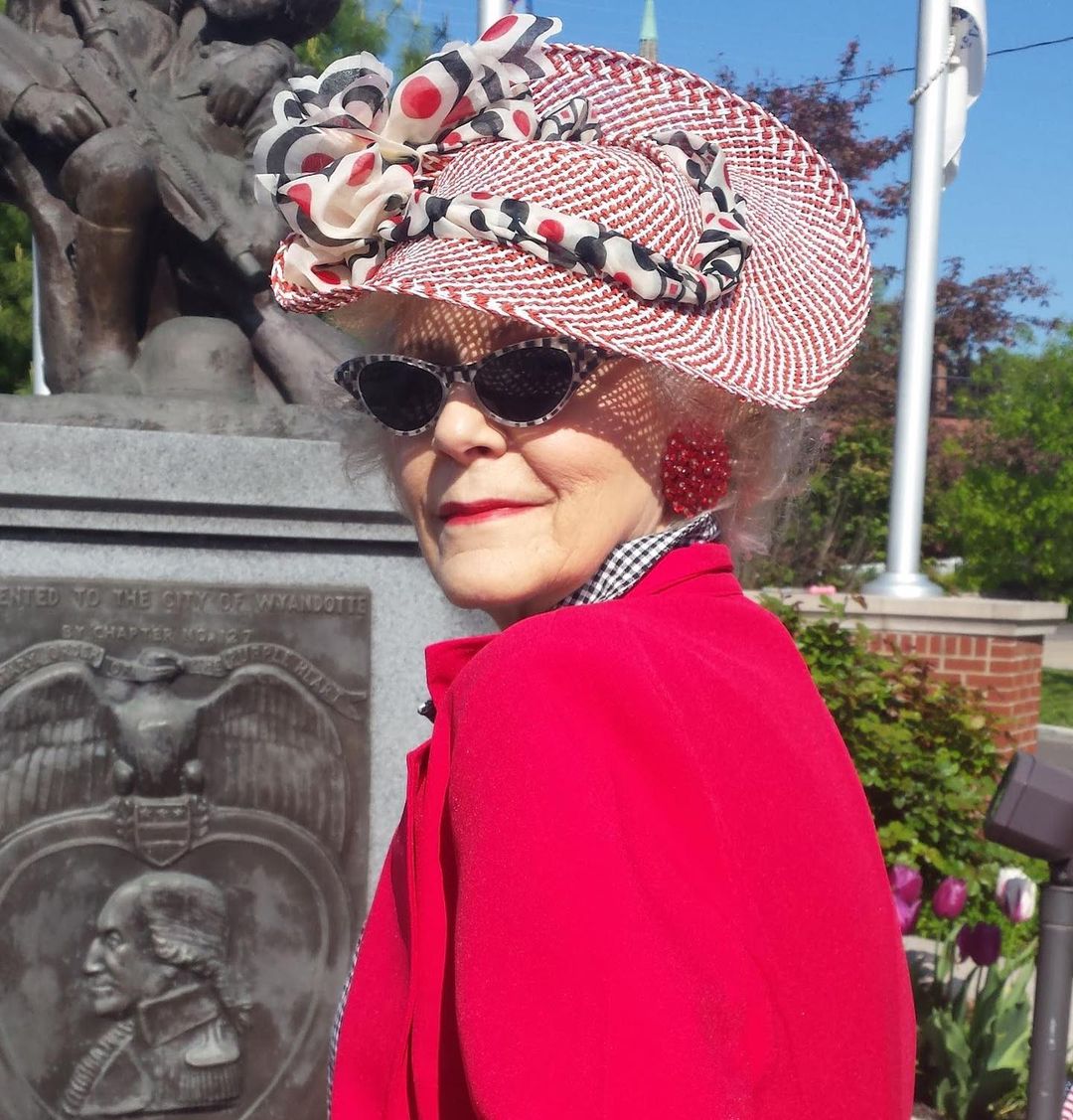 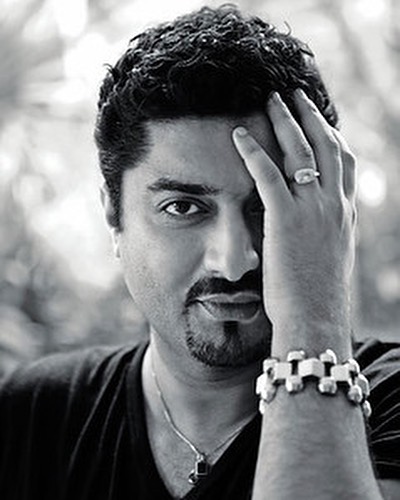 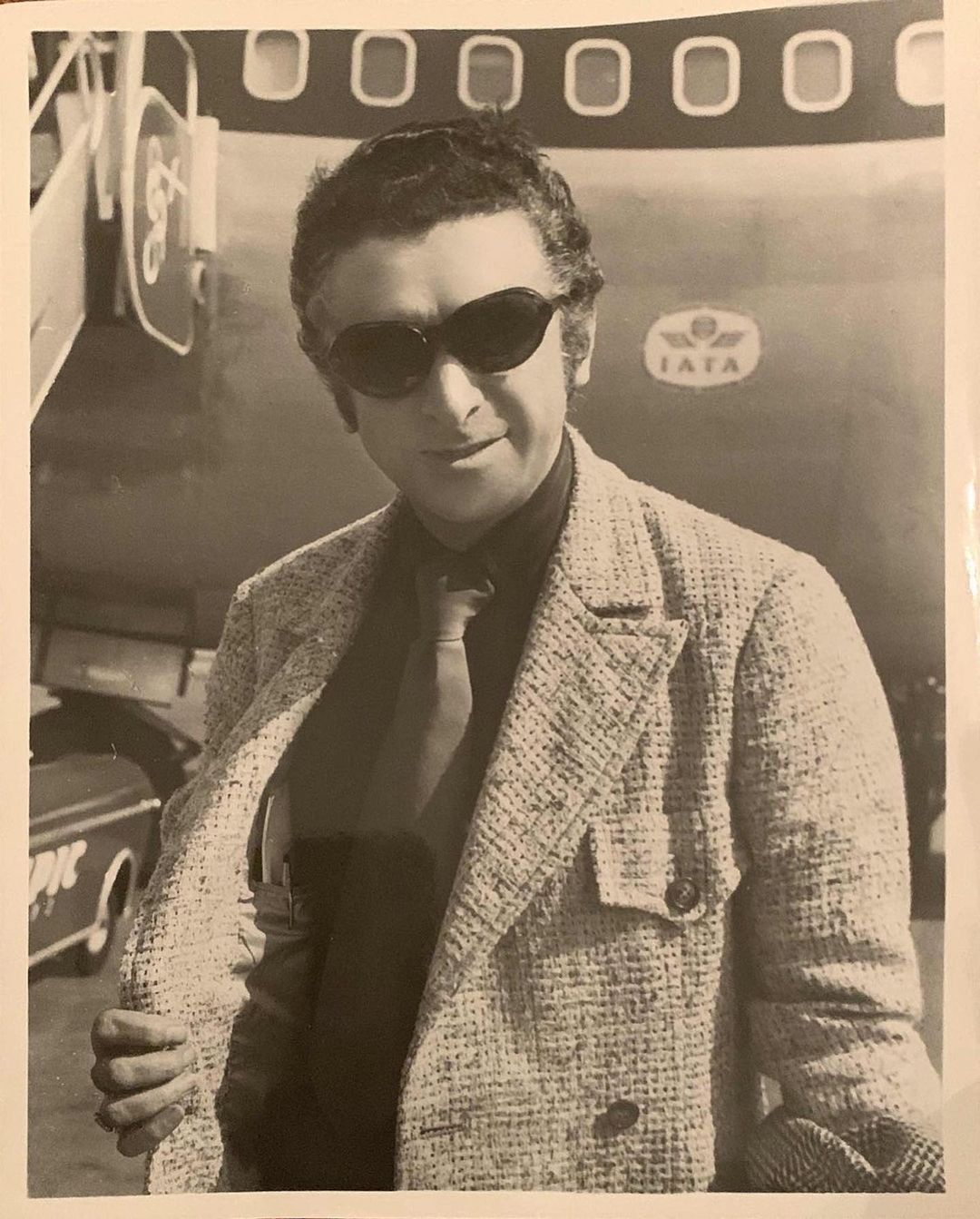 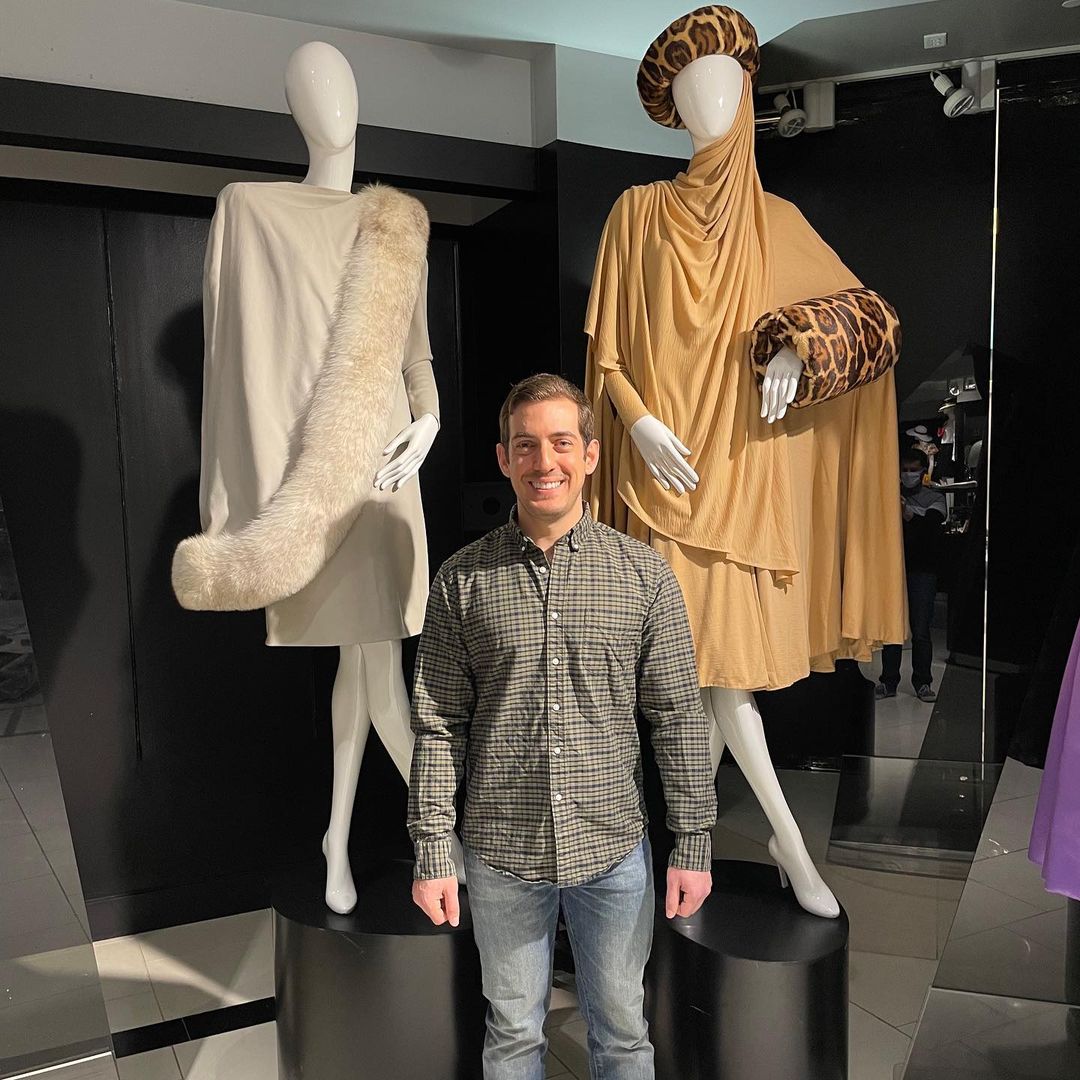 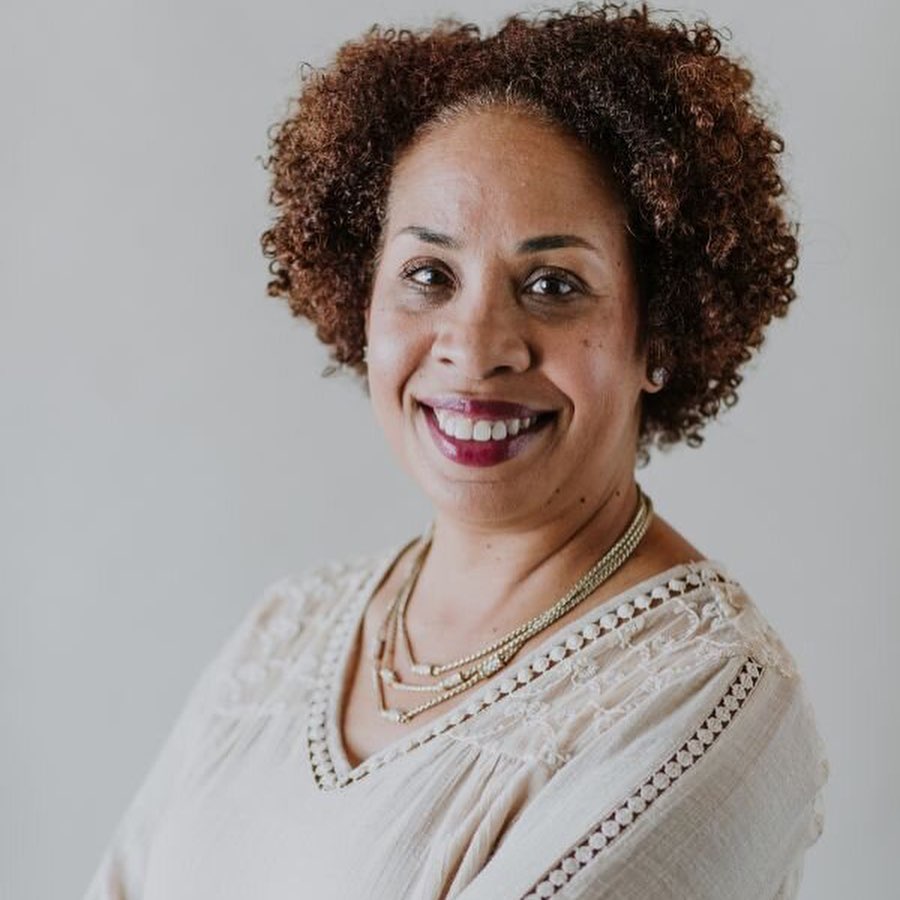 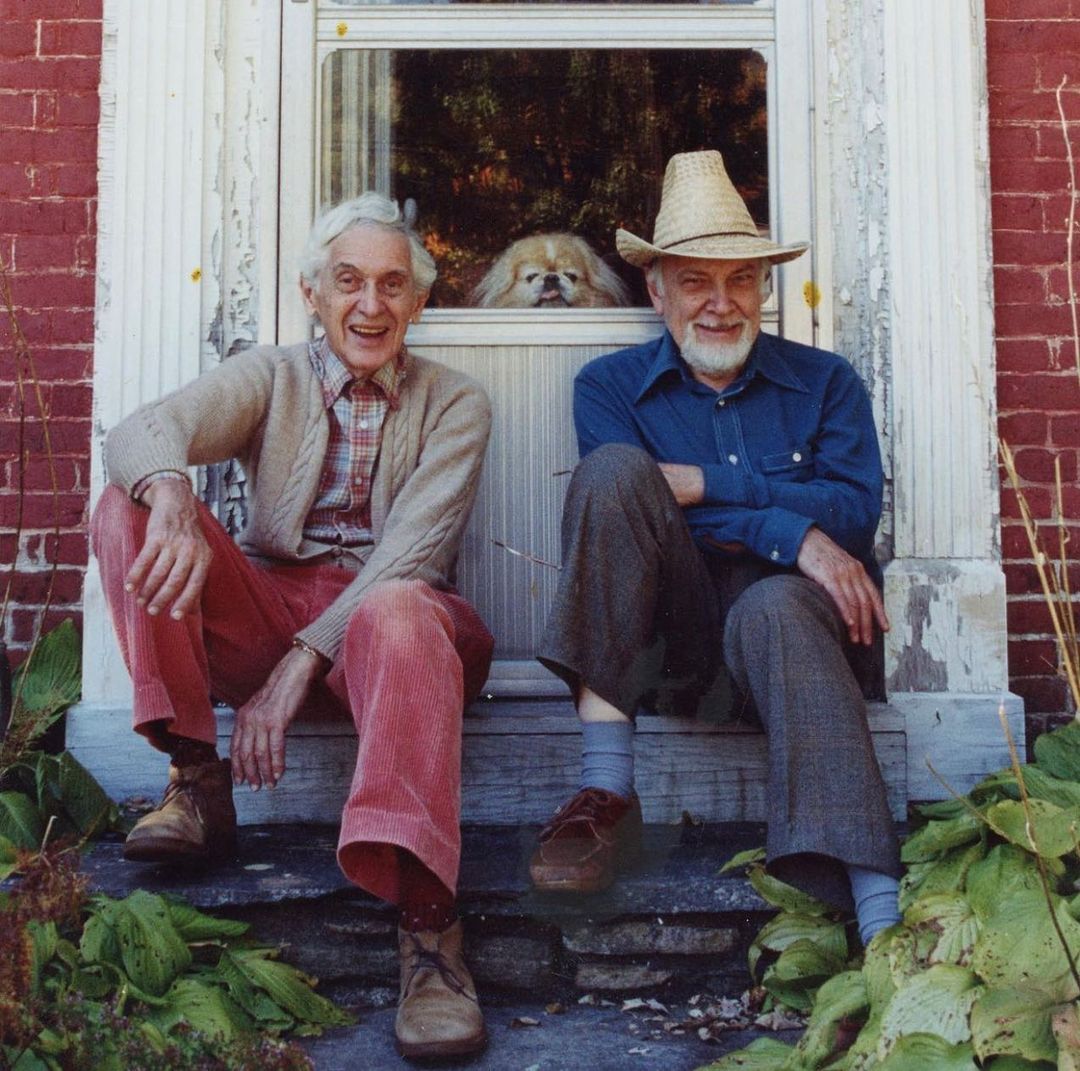 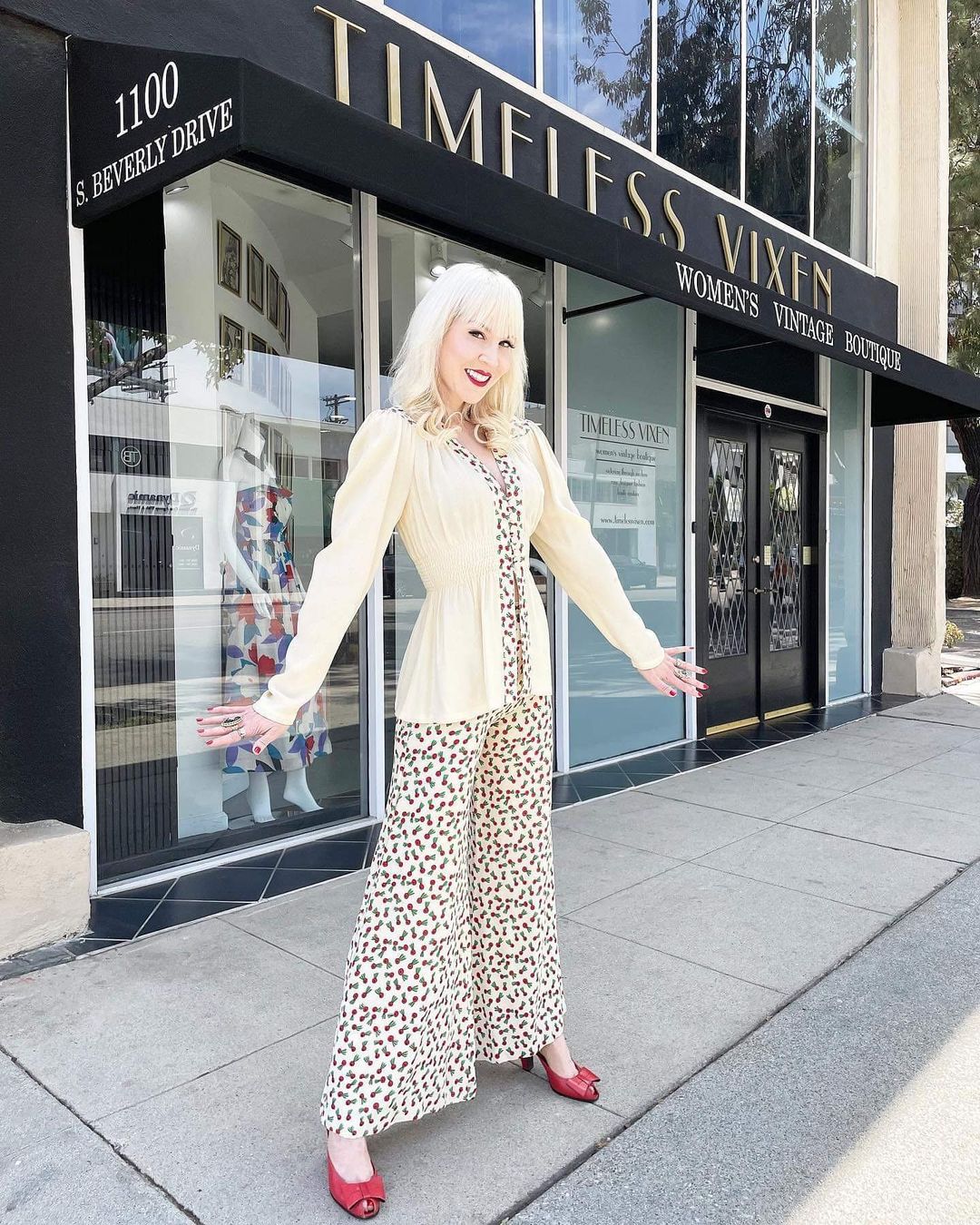 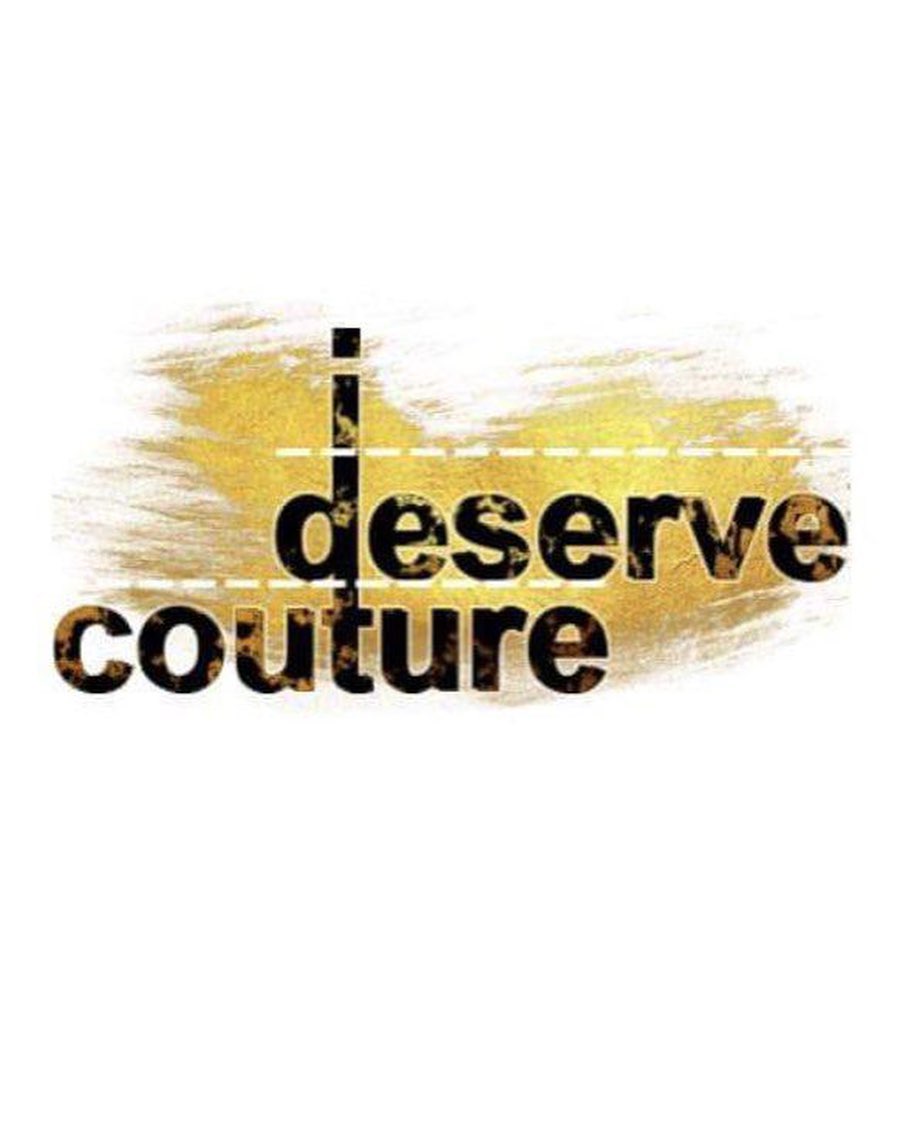